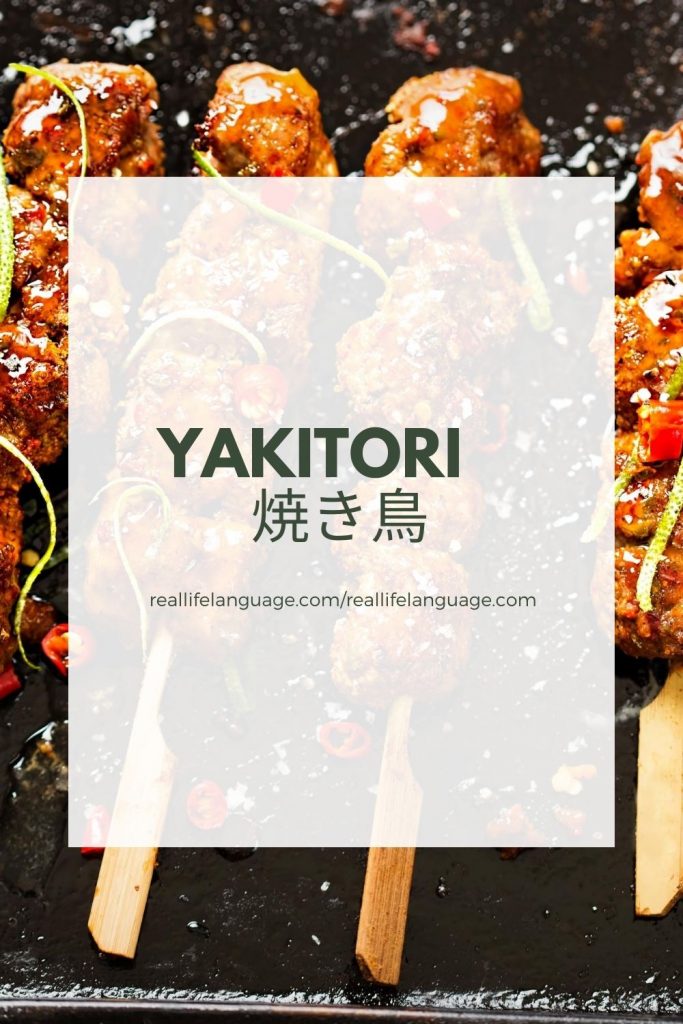 Learning about foods is one of the most effective ways to learn about language and culture.

Here are some common foods found in Japan. You will see the word written first in Romaji, and then in Japanese.

Survival and everyday language are great ways to learn a new language. Start to learn Japanese by looking for patterns in the words you see.

shabu-shabu しゃぶしゃぶ Thinly-sliced beef cooked at the table and eaten with dipping sauces.

onigiri おにぎりWhite rice often wrapped in seaweed. Other foods often found inside such as tuna, fish, or pickled plum (ume).

katsu カツ Breaded and fried cutlet (chicken or pork) and served on rice.

yakitori 焼き鳥 Marinated chicken, grilled and served on a stick.

Do you want the free book with linked audio? https://reallifelanguage.lpages.co/japanese-for-travel-and-beginners-phrasebook/

If you are wondering why there is a download file below, it is a word in Japanese. We learn languages most effectively in chunks–meaningful words and phrases to communicate right away. Listen to the word to learn to understand Japanese through food.

Some years ago, I started sharing these chunks to learn Japanese fast. I added a feed to share. You can create your own playlists, and start speaking in seconds. Check it out here: https://reallifelanguage.lpages.co/japanese-for-travel-and-beginners-podcast/

Want to master a language in the next year? Check out the course here: https://real-life-language.teachable.com/p/the-5-week-linguist

Japanese for Travel and Beginners

Measure your Progress and Fluency in Any Language